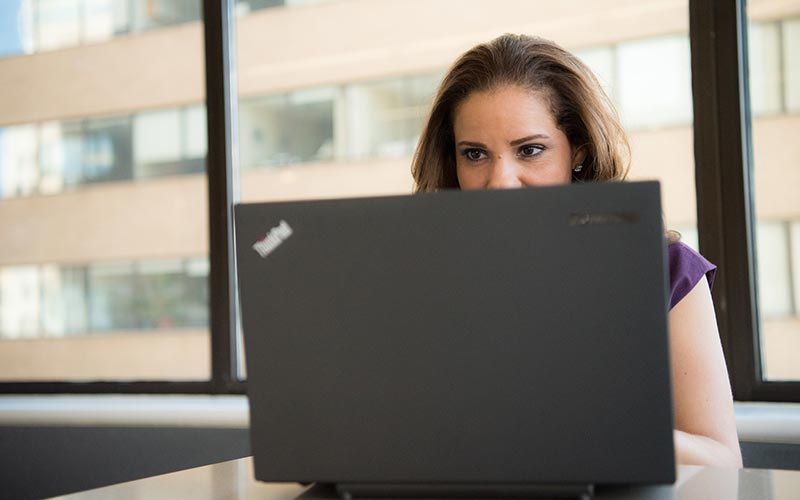 Brought to you by SOLA EyeQ Magazine:

Ten million eye examinations are conducted each year because of problems caused by working at computers. If you’re one of the people with red, irritated eyes, blurred vision, headaches, neck pain and sensitivity to light, here’s help.

Thirty years ago, few office workers used computers. Airline reservationists and stock brokers referred to them only, but only ‘techies’ – computer programmers and system analysts – sat in front of video display terminal (VDTs) for long hours. Not so today.Parents balance household budgets on computers. Children, even in elementary school, calculate, color and compose on computers. And it’s a rare employee who doesn’t view a VDT at some point during the day.

Whether working on a computer for one hour or eight, users may find themselves squinting or rubbing their eyes. In studies dating back to the early 1980’s, computer users have ranked vision problems as their number one complaint.

Dr. Steven Glasser, an optometrist in Washington D.C., says most of his patients work on computers for the better part of the day. “Eight percent of them have had computer vision problems,’ he says. The complaint he hears most often is that their eyes ‘feel tired’.

Computer Vision Syndrome
Tired eyes are not limited to ‘paper pushers’ in Washington, D.C. A paper survey conducted by Dr. James Sheedy at the University of California at Berkeley indicates that 10 million eye exams are conducted each year because of problems caused by VDT’s. Eye strain heas the list of ailments reported, followed by headaches, blurred vision, dry or irritated eyes, pain or aches in the neck and back, sensitivity to light, double vision and after-images.

“Many patients’ symptoms result from an uncorrected visual need,” says Dr. Glasser, who has treated computer vision syndrome for more than a decade. “They either need but aren’t wearing glasses, or they have a prescription that’s not useful for their computer work.”

Orthopedic problems – back, neck or shoulder pain – may occur when glasses aren’t fit properly. Tom Chee, a San Diego optician, says, “If your lenses aren’t positioned correctly for use at your workstation, you may be changing you posture in an attempt to correct the problem. Patients who complain of neck problems may be leaning forward or tilting their head back to see through the bottom portion of a bifocal or the center portion of a trifocal.”

Cheri Baglin, who works for a government agency in Columbia, South Carolina, found herself leaning closer to her computer monitor. “I’m nearsighted and have worn contacts since I was 16,” she says. “I never had trouble seeing the computer until recently.” Baglin, 46, works at a computer several hours a day and sometimes takes a laptop home. She plans to visit her eye doctor for glasses to wear over her contact lenses when working at her computer.

Getting Help
According to the American Academy of Ophthalmology, computer users with any of the following symptoms should see an eye doctor: water, red or dry eyes; heavy eyelids; tired, aching eyes; difficulty focusing; headaches, backaches or muscle spasms.

Some eye doctors give their patients a report for their employer. “Increasingly, companies are willing to improve their offices,’ says Dr. Glasser. “They’re learning that productivity is enhanced when worker’s vision needs are addressed.”

Glasses at the Computer
When it comes to glasses for computer use, the “one size fits all” concept doesn’t apply. Some people may need single-vision lenses; other may multifocal or special computer glasses. Contact lenses are also an option. “Progressive addition lenses work well if your screen and written material are close together,’ says Dr. Glasser. “But if you have to turn to the side a lot, they aren’t the best solution.” However, progressives may work well for the person who is not at the VDT for long stretches, he adds.

Susan Greathead, a management consultant and trainer in Atlanta, likes progressives, which she began wearing at the age of 43. “I can see the people in the back of the classroom, and read my notes,’ she says. She also uses them at her office computer. Greathead is fortunate to have one pair of glasses that meets all her visual needs. Many people require one pair for computer tasks and a second pair for other activities.

Joe Bruneni, a special consultant to the Optical Laboratories Association, says lenses designed specifically for computer use are growing in popularity. “Wholesale optical labs report a considerable increase in the number of orders for special computer glasses,’ he says. These are no-line bifocals with a wide field for mid-range viewing (computer distance) in the top, and a portion for close work such as reading or looking at the keyboard in the bottom. They are progressive lenses, so your eyes don’t have to refocusas you change from one distance to the other. These glasses, Bruneni says, are an attractive option for presbyopes, people who discover – usually in their early to mid 40s – that thay can’t focus sharply on nearby objects. 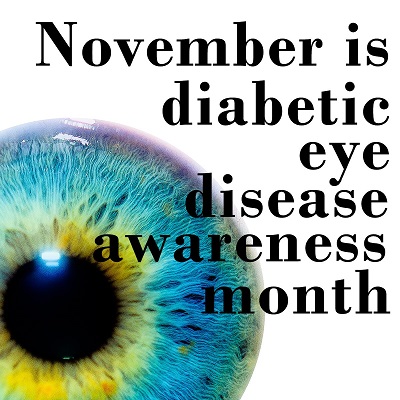