March 11 – 2015 – A World Glaucoma Week media event took place at St John’s Eye Hospital in Soweto yesterday, hosted by ophthalmologist Professor Grant. McLaren and Alcon. Prof McLaren reiterated that the lack of awareness of glaucoma is a critical problem both in South Africa and globally.

Compliance with medication once diagnosis is made is also key to preventing further vision loss. He said that approximately 60.5 million people globally have glaucoma, with 8.4 million of these people already blinded from the disease. This figure is expected to reach 11.1 million by 2020.

The burden of this on healthcare systems is immense, not to mention the effect on the quality of life of the glaucoma sufferer. Education and awareness about glaucoma is key. In Africa, it is estimated that 4% of people over 40 will have glaucoma. 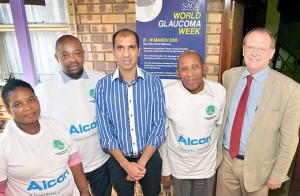 Glaucoma is the second leading cause of blindness globally, yet still today, millions of people are unaware of the risk factors associated with it. It is a complicated disease in which damage to the optic nerve leads to progressive, irreversible vision loss. Glaucoma is not curable, and vision lost cannot be regained. Diagnosis is the first step to preserving your vision. 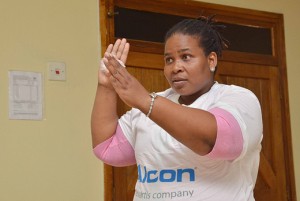 Zenzile Thusi is a 37 year old patient with glaucoma who caught the disease early and has managed to save most of the sight in her left eye. She does battle with poor peripheral vision in her right eye. She is very compliant with her medication. Zenzile lives in Soweto.

The good news is that with early detection, through medical intervention and lifelong monitoring, further vision loss can be prevented. 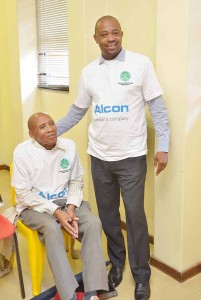 08 – 14 March 2015 is World Glaucoma Week – an annual initiative to raise awareness about glaucoma, what it does to sight and how it might affect sufferers. The international theme for this year is once again “BEAT INVISIBLE GLAUCOMA”.

Glaucoma is a group of diseases, with open-angle glaucoma being the most common form, and there are virtually no symptoms or pain. It is known as the silent thief of site. Without diagnosis and treatment, patients will slowly lose their peripheral (side) vision. As glaucoma remains untreated, people may miss objects to the side and out the corner of their eye and will feel as if they are looking through a tunnel. Over time, central vision may decrease until no vision remains. Patients can lose as much as 40% of their sight before they even begin to notice. 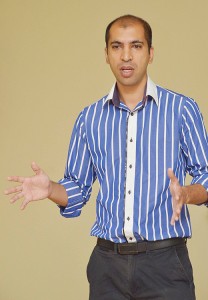 The following patient groups are at an increased risk of developing glaucoma: 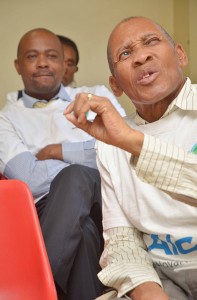 Joseph Seiphemo is in his seventies and has lost most of his sight due to the late diagnosis of his glaucoma. He is however compliant with this medication and further vision loss has been halted. Joseph lives in Meadowlands

Although there is currently no cure for glaucoma, a number of treatments are available to assist patients in lowering eye pressure, a major risk factor for optic nerve damage. These include topical eye drops which can be very effective. 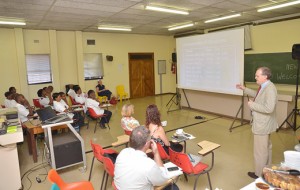 While the risk increases above the age of 40, everyone from babies to senior citizens can develop glaucoma.

It is vital for those diagnosed with glaucoma to inform their relatives so that they can also go for an eye examination.