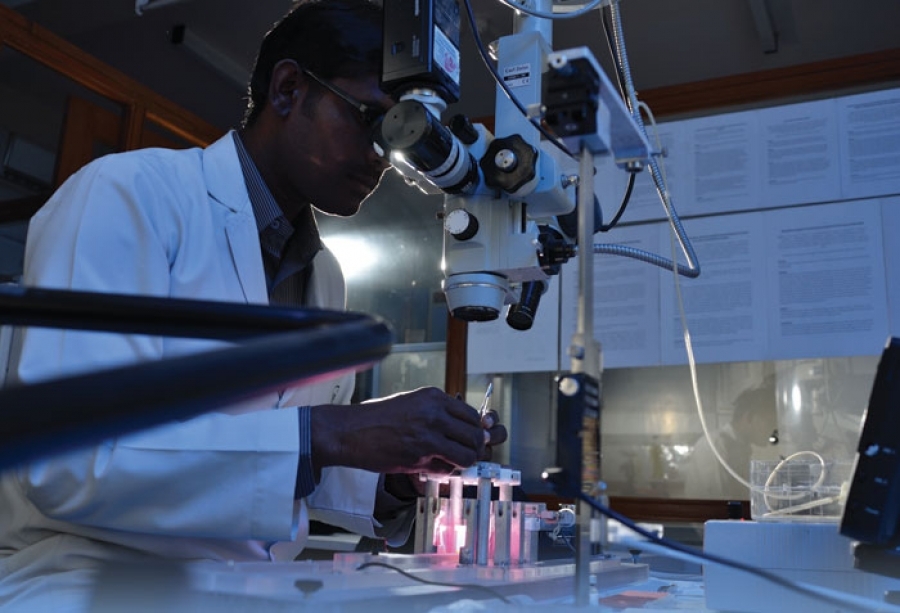 The most comprehensive study ever undertaken on the weight of the human eye lens has confirmed there are two distinct phases to eye growth, providing data that will be critical in the development of treatments for conditions such as cataract and presbyopia.

The study, conducted by Dr Ashik Mohammed, under the supervision of Professor Bob Augusteyn, as part of his PhD research at Brien Holden Vision Institute and University of New South Wales, Australia, was published recently in the journal Molecular Vision.1

Prof Augusteyn, a world authority who has studied the growth patterns of lenses in over 150 animal species and who was recently made a Member of the Order of Australia (AM) for the impact of his research in this field, says the study is the only one to measure lens dry weights (total solid content) for the whole life span.

“We analysed 549 human lenses across an age range of 0–93 years – previously, only about 20 weights had been measured for young lenses,” says Prof Augusteyn. “We can now conclude that there are two distinct phases of lens growth – the first during pre-natal development and the second during post-natal life.”

“This study, which measured both dry and wet lens weights, demonstrated that prenatally, the lens grows in a rapid logarithmic fashion, while postnatally, growth becomes linear and the chemistry of the new lens cells changes. Between birth and late teens, the lens changes shape from nearly round to elliptical,” he added.

Although the lens grows in a linear fashion after birth, the ratio of wet to dry weight changes over time explains Prof Augusteyn. “The different rates of dry and wet weight accumulation result in a slow increase in the percentage of dry weight, which equates into a slow increase in refractive index.”

“The continued growth pushes cells into the centre of the lens where they compact through loss of water until the maximum compaction is reached. This produces the nuclear plateau of constant refractive index and contributes to the loss of lens power which occurs with age and presbyopia.”

In another first, the researchers observed differences from birth in lens weight between men and women, supporting the proposition that changes in lens and body weight maybe linked.
Because of a difference in the prenatal growth rates, male lenses are 4% heavier than female lenses at birth. Thereafter, male and female lens weights increase at the same rate for the rest of life.

“The lens weight difference is the same as the 4% difference in bodyweight at birth,” the researchers write.1“Adult male and female bodyweights also increase at the same rate […] These similarities suggest that regulation of growth in lens weight and bodyweight may be through similar mechanisms.”

“Sexual dimorphism has been observed in other biometric parameters at birth, including head diameter, limb length, and body length,” they add, but up until now, “no differences have been detected in ocular parameters.” The findings may be useful in understanding different modes of lens growth, says Prof Augusteyn.

The researchers also say the weights identified in the study can be used to “calculate the volume and density of the lens,” which are “particularly important for models that predict radiation doses to the lens in procedures such as computer aided tomography scans of the head or orbit, especially in the young.”

Dr Mohamed, who is now Head of Ophthalmic Biophysics at LV Prasad Eye Institute in India, received the 2018 Alumni Award for Young Alumni at the University of New South Wales in recognition of his research and impact as a scientist.

The publication ‘Human lens weights with increasing age’ can be accessed online at Molecular Vision here.

About Brien Holden Vision Institute: We believe sight is a fundamental right for everyone, everywhere. Our mission is to develop new solutions for vision care and eliminate vision impairment and avoidable blindness, thereby reducing poverty and suffering. We are a global non-profit, non-governmental organisation who since 1998 has delivered sustainable eye care services, education and training programs in over 50 countries, providing eye care to over 14 million people at more than 400 eye care sites and training 250,000 eye care personnel. 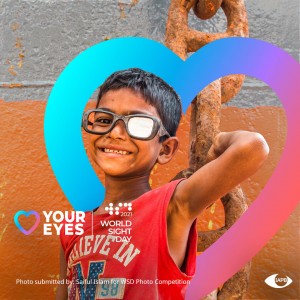