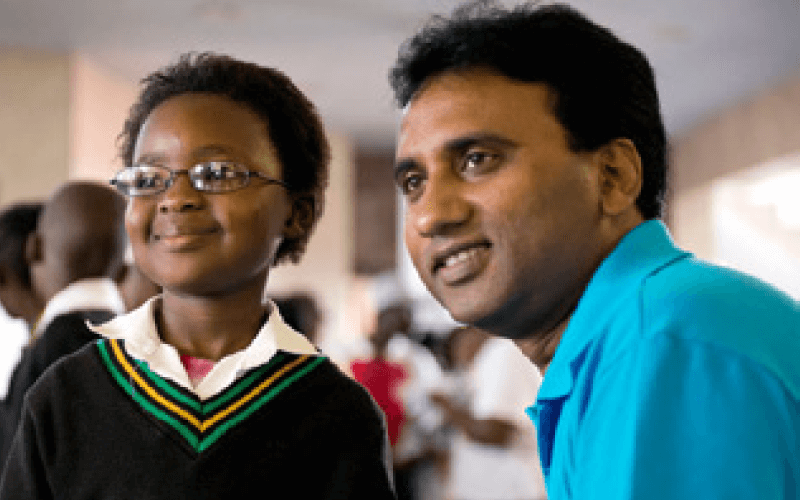 Professor Kovin Naidoo, CEO of Brien Holden Vision Institute, was awarded an honorary Doctor of Humane Letters by the State University of New York (SUNY) today, for his work to expand access to eye care across the world.

Prof Naidoo was joined at the SUNY School of Optometry 2018 Commencement Ceremony by Dr Frank Schaeffel, Professor of neurobiology of the eye at the Institute of Ophthalmic Research at the University of Tübingen (Germany), who received an honorary Doctor of Science for advancing understanding of vision.

Commenting on the award, Professor Brian Layland, Chair of Brien Holden Vision Institute, said Prof Naidoo’s tireless efforts over several decades have resulted in significant advances in the development of eye care for people in need.

“Kovin Naidoo has been a champion at all levels – firstly delivering eye care, establishing programs, securing funding, building research capacity and advocating strongly for this cause in Africa; then applying this strategic approach and his boundless energy to global efforts,” he said.

“Most recently, he has been the architect of the Our Children’s Vision campaign, a global collaboration of organisations focused on expanding access to eye health services for more children in more locations, which has so far reached around 20 million children.”

Prof Naidoo said he was honoured to be recognised by such a prestigious institution. “I gratefully accept this award as not just a tribute to myself but to all the Brien Holden staff for their tireless work to make this world a better place – be it through translational research to create vision solutions or our public health and education efforts to expand access to eye care to everyone, everywhere,” he said.

To find out more about the awards click here: https://www.sunyopt.edu/news/naidoo-schaeffel-to-receive-honorary-degrees-from-suny-optometry 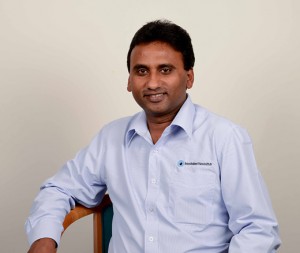 Professor Kovin Naidoo is CEO of Brien Holden Vision Institute. He is an academic, former anti-apartheid activist and political prisoner, optometrist and an internationally celebrated public health leader. His professional life has been dedicated to delivering eye care to people in need through research, public health and entrepreneurship.

He has served as the Head of Optometry at University of KwaZulu-Natal (UKZN), South Africa and as the co-founder and CEO of the African Vision Research Institute. Kovin was a co-founder of Clear Vision Optical franchise and has been on numerous boards throughout his career including most recently the Vision Impact Institute.

He has served in many elected/voluntary positions including Africa Chair of the International Agency for the Prevention of Blindness, trustee of VISION 2020: Right to Sight, a member of the World Council of Optometry Governing Board and exec, and member of the World Health Organization Refractive Error Working Group. He is founder and Chair of African Vision which is establishing cataract surgical services in the public sector.

Professor Naidoo is a Fulbright Scholar and was elected an Ashoka Fellow in 2006 for his social entrepreneurial efforts in addressing the needs of those less privileged. He was African Optometrist of the Year in 2002 and named International Optometrist in 2007. He was jointly awarded with Professor Brien Holden the Schwab Social Entrepreneur Award for Africa 2010, at the regional World Economic Forum in Tanzania because of his ability to merge his business acumen with social causes.