The Dis-Chem Ride for Sight was held on 17th February 2019 at the Boksburg City Stadium. The naming sponsor is Dis-Chem Pharmacies and the event is proudly hosted by the City of Ekurhuleni. Almost 5000 cyclists participated in this popular road cycling event.

The winners of the 116km Classic were:  Mens- Marc Pritzen and Ladies- Michelle Benson. The race is organised by Retina South Africa, Dis-Chem Pharmacies, Ekurhuleni Metro and community groups such as Springs Wheelers, Hamnet Emergency Communications, Benoni Red Cross and BestMed Road Rangers. Over 400 volunteers assist at the event and we thank them and all our sponsors for their support. Over the last 31 years the event has raised over 10 million rand towards finding treatments for inherited retinal blindness.

Stan Goetsch, director of Dis-Chem Pharmacies said “this is one of the top road races in Gauteng and is fantastically organised. It is a great cause and Dis-Chem are proud to be involved and to support Retina South Africa with their dream of restoring sight to the blind”. 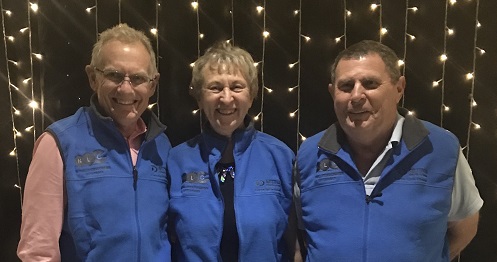 Karen Denton has joined Retina South Africa as our AMD Ambassador. She will be visiting retirement villages to give educational talks about AMD and other forms of vision loss in the ageing population.

Karen brings with her a wealth of expertise and experience in patient counselling and education. The pilot project is being sponsored by Bayer Pharmaceuticals and will run for 12 months in the Gauteng area. Anyone in the central Gauteng area who would like to organize a group meeting or schedule private counseling with Karen should call the Retina South Africa national office.  Thank you, Bayer, for funding this great project.

The annual congress of the South African Ophthalmology Society was held in Cape Town from 21 to 24 March.  Dr Linda Visser, past chair of our Scientific and Medical Advisory Board was elected as the new president of OSSA. Dr Visser is the head of Ophthalmology at KwaZulu-Natal University, a stalwart supporter of Retina South Africa and the first female President of OSSA. Congratulations to a worthy recipient. 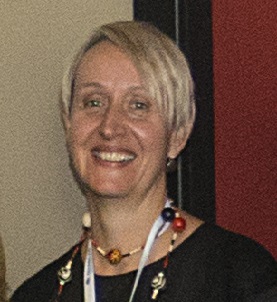 Professor Raj Ramesar, Professor of Human Genetics at the University of Cape Town gave a presentation to the main congress titled- Inherited retinal diseases: gene-based therapies and the Ophthalmologist’s role. This sparked tremendous interest and many Ophthalmologists visited our awareness table for more information about our IRD Project at UCT. Prof Ramesar is pictured at the congress with national secretary Claudette Medefindt who gave 3 presentation to the satellite programs. Her talks focused on the Screen for Vision – Screen for Life project to inform the Optometrists, Optometric nurses and Ophthalmic assistants of the early warnings’ signs, risks and prevention of Diabetic Retinopathy in Diabetic patients. 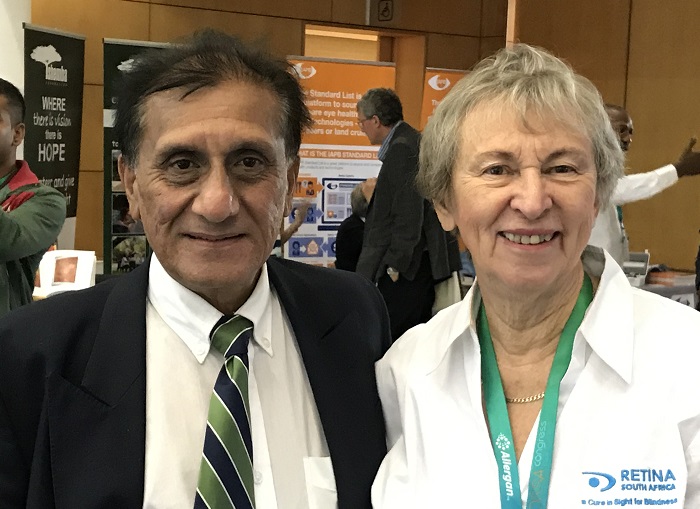 Our own “book of life” is written into our genetic code in a molecule called DNA. These instructions, which our body needs to function properly, are packaged in “volumes” called chromosomes and we inherit 1 volume from each parent. Mistakes in the code are called mutations and researchers are looking at various ways of correcting these mistakes.

A new line of research is CRISPCAS9 Gene Editing [see article below] which is based on the natural phenomenon developed by bacteria to disable viruses. CRISPCAS9 penetrates the nucleus of the cell and removes the incorrect section of the DNA. Both gene replacement and gene editing will usually require only one treatment.

Another new approach is gene silencing which targets the messenger RNA that retrieves the small required section of DNA from the nucleus and delivers it to the appropriate cell – like the retina. Gene silencing will need repeated drug delivered treatments. Successful gene silencing has just been reported on the BBC for Porphyria. Earlier reports showed the success in a severe and fatal genetic neurodegenerative disease called Huntington’s Disease.

The attempt to confer light sensing properties onto the neural retina cells –  Ganglion and Bipolar cells has been the focus of many researchers. Professor John Flannery, UC, Berkeley has pioneered a new direction for this promising field of therapy. Using an AAV Virus engineered to target ganglion cells, they have delivered a gene for green opsin, and made the normally blind ganglion cells sensitive to light. This was delivered to the eyes of blind mice and, a month later they were navigating around obstacles as easily as mice with no vision problems. They were able to see motion, brightness changes and fine detail on an iPad sufficient to distinguish letters. The researchers say that, within as little as three years, the gene therapy—delivered via an inactivated virus—could be tried in humans who’ve lost sight due to retinal degeneration, ideally giving them enough vision to move around and potentially restoring their ability to read or watch videos.

The underlying gene mutations in RP [over 70 identified] usually results in Rod photoreceptor cell death.  At some critical point the lack of surviving Rods leads to death of the cone photoreceptors. The death of rods reduces oxygen consumption resulting in high levels of oxygen in the outer retina. This stimulates the production of superoxide radicals and eventually progressive oxidative damage in cones and cone cell death. Professor Campochiaro of John Hopkins University has shown that oxidative damage and the antioxidant Glutathione, a major component of the of the antioxidant defense system, is involved in this process.  Professor Campochiaro suggests clinical trials to identify therapeutic agents and dosages to reverse clinical biomarkers of disease. [Editors note: RP patients should discuss anti- oxidant supplementation – such as Retina Plus which has a high level of  L- Glutathione content, with their Eye specialist.]

The NVDA is a free “screen reader” for Windows, which enables blind and vision impaired people to use computers. It reads the text on the screen in a computerised voice. You can control what is read to you by moving the cursor to the relevant area of text with a mouse or the arrows on your keyboard.

NVDA can also convert the text into braille if the computer user owns a device called a “braille display”.

Thanks to Anton van Rooyen from Sight Seekers for this information.

[Editor’s note: this free reader does not have all the capabilities of the expensive programs such as Zoom text or Jaws but is very user friendly and apparently very good for coding]

Have a fundus photograph at your Eye Specialist or from an Optometrist offering this service to find out if you are at risk.

See www.screenforlife.co.za for a service provider near you.

Tiny Dot hemorrhages on the retina will alert you to your high risk of Heart Disease, Kidney Disease, Diabetic Retinopathy or amputation.

Family membership fees are now R220 per year. Thank you to all the members who have paid and also contributed to our research projects. We have a shortfall of over R300 000 for the grant needed to maintain the RD project at the University of Cape Town. Without this project NO genetic research or testing for Inherited Retinal disorders will be possible in South Africa. So your donation is vital for this important aspect of our work.

THANK YOU BAUSCH AND LOMB FOR YOUR CONTINUED SUPPORT OF OUR WORK. 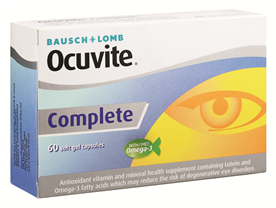