Vision for everyone, everywhere… a legacy that will live on

Global leader in eye care and vision research, internationally renowned and awarded scientist and humanitarian, Professor Brien Holden OAM, CEO of Brien Holden Vision Institute, a Professor at the School of Optometry and Vision Science at UNSW Australia, passed away on Monday the 27th of July in Sydney.

Professor Holden was known as the most influential optometrist of our generation. His career was spent inspiring scientists and health care professionals around the world with his dream of ‘vision for everyone, everywhere’.

Deputy CEO, Professor Kovin Naidoo, spoke on behalf of the organisation. “Today is a very sad day in the history of our organisation, Brien was a man of extraordinary vision who devoted himself to the service of mankind. He demanded that the research be indivisible from the service to society. He was truly an intellectual giant in eye health and vision, a powerhouse driving change by mobilising teams globally united in science and service to the disadvantaged of our world.”

Whilst accepting the Charles F. Prentice Medal, optometry’s highest honour, and acknowledging contributions and collaborations throughout his career, Professor Holden quoted Sir Isaac Newton saying, “If I have seen further it is by standing on the shoulders of giants.”

Professor Brian Layland, Chair of the Brien Holden Vision Institute board and life-long friend of Professor Holden said, “Brien’s efforts and achievements have been recognised, applauded and adopted worldwide. All who have worked with him will have fond memories to cherish; all will miss him. His legacy will encourage all to strive to achieve the goals he had set.”

Brien Holden was a beloved husband, father and grandfather. 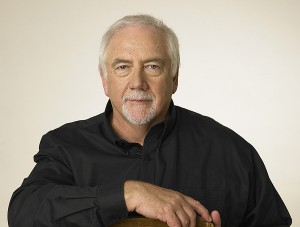