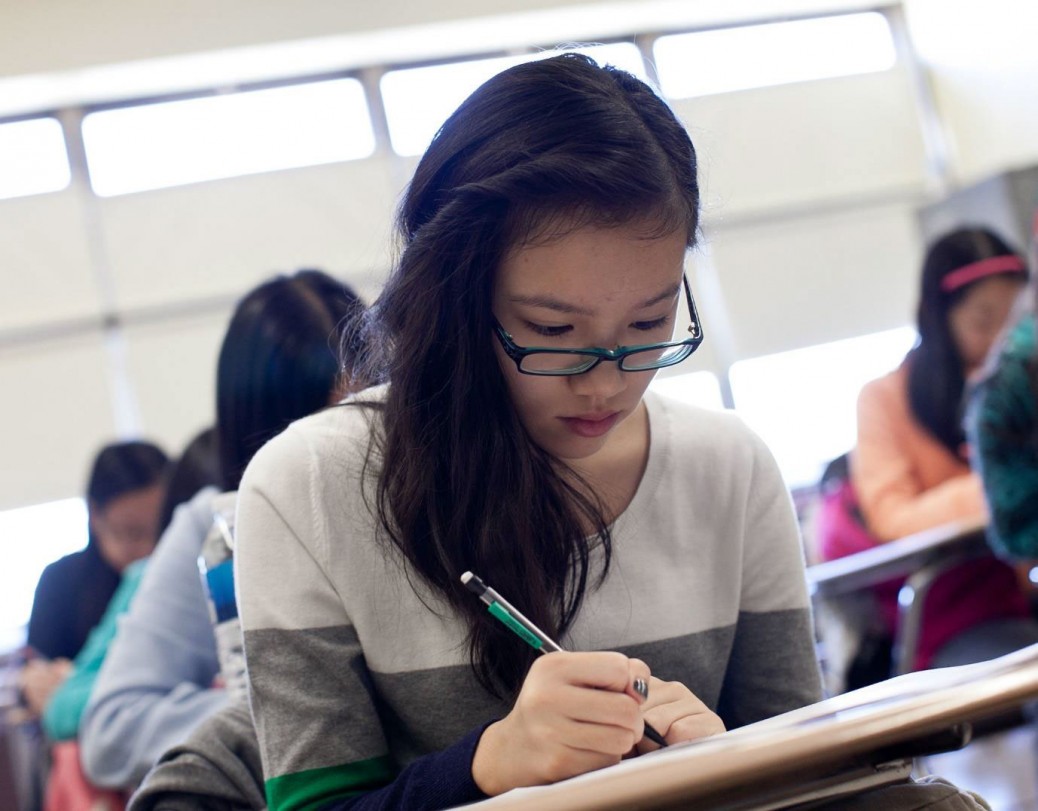 Humanity is undergoing a myopia epidemic! It is estimated that by 2050 there will be five billion human myopes in the world (of an estimated ten billion people in 2050). Of these five billion myopes, one billion will be high myopes (ten percent of the world’s population) with the level of myopia being higher/greater than -5.00 D. Myopia is no longer “just an inconvenience” where patients have to wear spectacles, contact lenses or have refractive surgery to compensate for their myopia. The cost of myopia compensation, the treatment of pathology resulting from myopia as well as the loss of productivity, resulting from myopia, runs into many billions of dollars (US) per year. Myopia is no longer just a problem of refractive state. Several sight threatening pathologies are associated with a myopic refractive state (more about this in another article on myopia in this publication) that are going to extract their toll on patients and those who pay for the treatment of those pathologies.

Myopia has been around for a long time. It is said that long ago in history the Chinese used to sleep with small sand bags on their lids in an attempt to treat myopia (do not ask how this was achieved. If it were me, the sand bags would go flying soon after I fell asleep). In 1630, Johannes Kepler (of astronomy fame) stated “Near-sightedness is more common among students who use their eyes excessively”. In 1997, Ong and Cuiffreda published: Accommodation, nearwork and myopia, a book detailing the history, causes and possible treatments for myopia. One could go on and on detailing the presence and history of myopia. So…why all the hype now? (perhaps the theme of another of these articles?).

Before attempting to address the aetiology of myopia…there is a caveat … our understanding of this condition is not complete (with many contradictions in the scientific literature) and we are not certain of why the prevalence and incidence of myopia is increasing as it is.

Numerous hypotheses have been proposed to explain why the prevalence of myopia is increasing. Some of these hypotheses are more accepted than others with some having a more stable and enduring scientific foundation. In the 60’s and early 70’s Hubel and Wiesel were conducting ground breaking research into the neural architecture of the visual system. They often exposed their subjects to either form-deprivation or blur to induce amblyopia and thereafter observe the changes in the neural structures of the visual system. One of the serendipitous observations was that many of the deprived eyes became myopic. It was also found that hyperopic blur was more likely to result in myopia development while myopic blur produced little myopia. Today altered dopamine and/or retinoic acid levels are thought to be the signal to the sclera to remain pliable and to allow for axial elongation of the eye (an emmetropization process). It was shown at the time that exposure to bright light could obviate the effects of the deprivation. What does exposure of bright light to the retina result in? It results in altered retinal dopamine levels (perhaps a hint for a later hypothesis in this article).

Genetics have been targeted for increasing the prevalence of myopia. Children of myopic parents are at greater risk for developing myopia than children whose parents are not myopic. Having both parents myopic means that a child has a 5-6X greater risk of being myopic while one myopic parent induces a 2X greater risk. Numerous genes have been identified as possible culprits for the heritability of the myopia. However, (here is a contradiction) it is thought that the rate of myopia increase around the world is too fast for genetics to be playing a major role.

Many years ago (1978), when in third year optometry, one of the subjects that we had to study was Analytical optometry. One of the basic tenets of this course was to decide how much plus to prescribe for near work, often in an attempt to compensate for the lag of accommodation that might be present in a patient. The basic idea was to attempt to influence the lag so that we could perhaps alter the rate of myopia progression. The Optometric Extension Program (OEP), for many years, published papers by people like Skeffington, Appel, Kraskin and others who were attempting to influence the rate of progression of myopia, among other things. Often compensating for the lag of accommodation was the primary goal of any intervention. Accommodative lag is on the agenda once more as a cause of myopia. Several lens manufacturers are producing lenses specifically designed to alter the lag of accommodation and thereby influence the rate of myopia progression.

Near work has been a potential culprit in the myopia saga for many years. We all know about the Eskimo family research conducted in Barrow, Alaska in 1969 where only young, school going individuals developed/had myopia. The culprit was postulated to be near working distance at school. Today we have another potential “near-work” fugitive…SCREENTIME. It is well documented that many people around the world are spending inordinate amounts of time exposed to digital screens of various types (computers, tablets, smart phones, games consoles and so on). Often the working distance used when interacting with such a digital device is reduced. A working distance of less than 30 cm may result in a 2.5X increased risk of developing myopia while reading for pleasure has a 1.5X increased risk. A limit of two and a half hours of screen-time per day is being advocated by many researchers (good luck with trying to prevent young people using a screen for less than 2.5 hours a day. How does one limit screen-time in adults when their work environment demands 8-10 hours of sitting in front of a computer?). 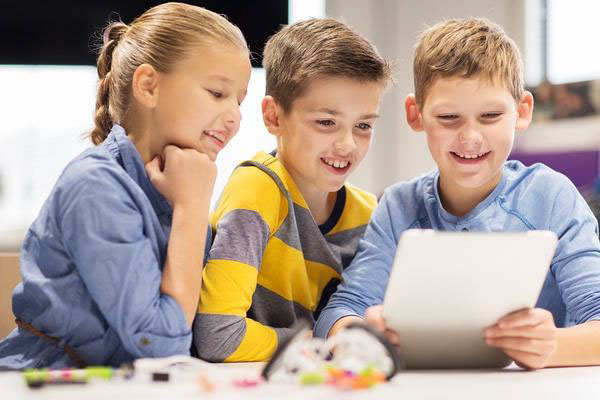 Environmental conditions are also being considered as a stimulus for myopia development and progression. Many individuals spend most? of their time indoors. When comparing the dioptric analysis of an environment consisting of a desk and computer with an outdoors environment, the indoor environment produces a greater myopia stimulus. Remember also that light levels indoors are different to those outdoors levels, which can lead to dopamine alteration. As many countries become more developed, their citizen’s exposure to digital screens increases, their environments change, their schooling becomes more intense (perhaps another hint of things to come later in this article). How do these changes influence the levels of myopia in those countries?

It was stated earlier that hyperopic defocus induced by Hubel and Wiesel resulted in increases in myopia of the involved subjects. Today we know that myopic eyes, relative to hyperopic eyes, have hyperopic peripheral defocus. This means that if we measure the refractive state of an eye along meridians, say along the horizontal meridian, we find that the refractive state of the periphery is not the same, necessarily, as that of the centre. Hyperopic peripheral defocus is thought to induce myopia (perhaps a hint as to why reverse-geometry ortho-keratology or bifocal soft contact lenses might influence the progression of myopia). Until the myopia epidemic forced us to reconsider what we know about myopia and its progression, optometry was almost exclusively aimed at a centro-retinal (think macula) model of refraction. We might need to reconsider this and see refractive state, especially as it relates to myopia progression, as a centro-peripheral retinal model.

Two hypotheses seem to get precedence at present relating to the development and progression of myopia…education and exposure to the outdoors. The highest levels of prevalence of myopia occur in several well-developed East and South-East Asian countries (Singapore, Taiwan, South Korea and Japan being some of them) where 80-90% of those populations are myopic. Common myopia-related risk factors between these countries is the high-pressure school education systems where children spend much time doing school work (think near-related activity). Competition to get into good universities is extreme, resulting in high expectation levels for children to excel academically. A possibly related finding is that levels of myopia in young Jewish boys attending orthodox Jewish schools (spending up to 16 hours per day reading and studying religious texts) have levels of myopia as high as those found in East and South-East Asia. The same does not apply to Jewish scholars attending main stream schools. A possibly related issue is little exposure to sunlight. Numerous studies have shown a link between little exposure to the outdoors (think dopamine, environment and bright light) and prevalence of myopia. Spending excess time in classrooms and interacting with digital screens allows for little time outdoors. Presently, the suggestion is that young people spend at least two hours outdoors per day. 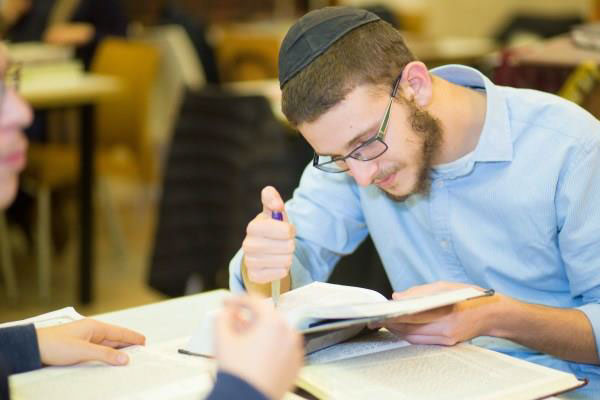 To sum up: What are the causes of the rapid increases in the prevalence and incidence of myopia in many societies in the world? We do not know for certain. We do know that something is influencing the progression of myopia, we just don’t know what exactly. Hopefully time will inform us.