RetroSense, a biopharmaceutical company has announced FDA approval for the 1st ever Phase 1/ 2 clinical trial for Optogenetic intervention in Retinitis Pigmentosa [RP]. As photoreceptor cells die in Retinal Degeneration [RD], the neural layer remains relatively intact. Optogenetics is a means of changing these neural cells to become light sensitive to replace the function of the dying photoreceptors with the expectation of some degree of improved or restored vision.

The trial using RST-001 will begin by year end to evaluate safety and efficacy. “This brings us one step closer to realizing our ambition of improving vision in those individuals with currently incurable blindness,” said Sean Ainsworth, CEO of RetroSense Therapeutics. “There is great promise for the clinical application of Optogenetics and this first human clinical trial should provide key insights into the potential for this therapy to treat diseases affecting the eye or brain.” Dr. Zhuo-Hua Pan, the inventor of RetroSense Therapeutics’ optogenetic approach added, “My hope from early on was to see our work improve the lives of people with vision defects. It is great to see the approach moving imminently into human clinical studies.”

World Retina Week is observed in over 40 countries to create awareness of the progress towards treatment for retinal genetic conditions through scientific research. The remarkable progress being made in the fields of Gene Therapy, Stem cells, Optogenetics and Artificial Retinas makes the dream of treatment for as yet incurable blindness an exciting reality.

Retinal conditions such as Macular Degenerations and Dystrophies, Retinitis Pigmentosa, and other rare conditions cause loss of vision in over 40 million people worldwide and a probable 150 000 South Africans.

Clinical trials to find effective treatments are showing great promise and Retina South Africa is determined to bring these promising trials to South Africa. Our theme for 2015 is “Trust Science”. Early diagnosis is essential and Retina South Africa has partnered with SpecSavers to provide a month of free vision screening, commencing 21 September. Visit www.specsavers.co.za for your nearest participating practice.

Win a Mazda 2 and support our patient support projects. The Fury Motor group and partners are once again organising a raffle for a superb prize- a Mazda 2. We keep all the proceeds of our ticket sales. Deposit R100 into:

Retina South Africa, Standard Bank, branch code 011-642, Account number 020312164. Deposit reference: Raffle plus your name. Email a copy of deposit plus all your details to our national office. We will enter 10 tickets into the draw for you. Competition closes October 16th and final draw on October 30th.

Please support your local committee in every way, they work on your behalf.

NMC delegates and staff at the annual meeting. Delegates were generously hosted by the Mercure Hotel, Bedfordview.

Second Sight, the manufacturer of the Argus Retinal Implant recently announced that the first patient with Age Related Macular Degeneration [AMD] had received a device. This was featured on a recent Carte Blanche production on MNet.

We hope that the inclusion of AMD patients will lead to an increased volume of patients with a reduction in the present hefty price tag.- Editor

Ocata, formerly ACT, recently announced positive results in the Phase 1 clinical trial to grow new Retinal Pigment Epithelium [RPE] cells from Stem cells. The cells were implanted into 31 AMD and Stargardt patients up to 4 years ago. None of the patients showed rejection or serious adverse events. They all experienced improved or stable best-corrected visual acuity. They are now planning the second stage of the trial.

-It is interesting to note that AMD and Stargardt Dystrophy, for very different reasons, share a common pathway- that of secondary cone photoreceptor loss due to a build-up of waste materials in the RPE. Good news for therapy viability which needs large numbers of patients such as in AMD.- Editor

It’s been a busy year: I prepared an audio presentation for World Rare Diseases Day for the Eastern Cape branch (28 February), and gave a presentation at the Eastern Cape Youth visit to Cape Town (22 May), the Western Cape AGM (1 August) and the Gauteng AGM (15 August). It has been lovely meeting all the Retina SA members and their families, and being able to put faces to the names I’ve become acquainted with over the years. Every researcher should be so lucky to meet the research participants on their projects- nothing else can provide the same motivation! 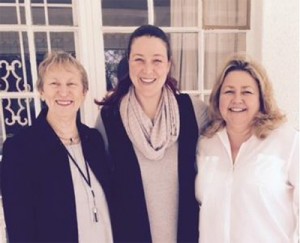 Claudette, Lisa and Alison at the Gauteng AGM

I was pleased to give a research update at these meetings, detailing all the current research projects underway at the UCT/MRC Division of Human Genetics, where we try to understand the genetics of retinal degenerative diseases in South Africa. My research project (contributing towards my PhD) involves Whole Exome Sequencing of indigenous African patients with retinal diseases, towards identifying the genes involved in this population group. This is the data arising from the work I performed at the USA National Institute of Health last year, in collaboration with Prof. Anand Swaroop and his team. Dr Johann Baard is close to submitting his MSc thesis, in which he investigated Macular Degeneration (both the juvenile onset Stargardt form, and the age-related form) in the indigenous African populations. Finally, Ms Stacey Moses is working on a “disease in a dish” model of Retinitis Pigmentosa: she is using induced pluripotent stem cells to study the biology of mutations in the PRPF8 (RP13) gene.

In addition to the research, we also have the translational/ diagnostic aspect of the Retina project at UCT, and to date we have identified the causative genetic mutations in 249 families of the 1430 in our registry, 197 of which stand to benefit from current gene therapy trials. For more information about the genetic testing options, and the research projects, please visit our website athttp://www.humangenetics.uct.ac.za/.

We are grateful, as always, for the wonderful support from Retina South Africa, who not only provide us with funding, but support the research in so many other ways. Finally, I would like to honor the co-Principal investigator of our UCT project, Prof. Jacquie Greenberg, who has been involved since its inception in 1989, together with Prof. Raj Ramesar. Sadly Jacquie will be retiring soon. She has been committed to the Retina project and the sufferers for 26 years, and has supervised and mentored the 20 students who have graduated with Retina-based projects, not to mention her work on other inherited diseases. Her contribution has been immense, as evidenced by her recent election as Honorary Life Member of the Southern African Society for Human Genetics. We’ve been lucky to have her lead the Retina project with Professor Raj Ramesar. I personally consider myself lucky to have worked with her for 16 years, and hope she will remain involved in some capacity.

A recent study showed that of 44 African American Stargardt patients, 2 mutations were found in 61,4 %, one mutation in 25% of the patients and in 13.6 % no mutations were found. 7 New Mutations in the gene were also identified. The Division of Human Genetics at UCT has found ABCA4 mutations in our indigenous African population with Stargardt Dystrophy and we look forward to the publication of Dr Johan Baard’s paper to see if his results correlate with these new findings.

Early results from the gene replacement therapy trial for Leber Congenital Amaurosis [LCA] were very encouraging. The latest report shows that the demand for RPE65 would not appear to be fully met with the current vectors being used. Professor Robin Ali stated that ” We have concluded that early intervention using a more potent vector expressing higher levels of RPE65 is likely to provide greater benefit and protection against progressive degeneration”

The CEP290 gene mutation also causes LCA but is too large for delivery via the adeno- associated virus used in the RPE65 trial. Editas, an emerging gene editing company recently announced that it is developing a treatment for the CEP290 form of LCA. It will be using a “cut and paste” technology known as CRISPR/ Cas 9 which locates the region in the gene that needs correction and deletes the mutation. Professor Donald Zack at John Hopkins University is using a similar approach for Autosomal Dominant RP.

The voice of the patient in research is becoming more important. Researchers are examining ways of interpreting patient reported outcomes and of accessing patient’s opinions and expectations. Incorporating all of these into the organization and design of clinical trials will mean less patient drop out and more realistic expectations and outcomes.

I recently had the honour to represent Reina International at a Patients Based Evidence Course at Harvard University Boston, to learn the techniques of accessing the patient voice. Thanks to Novartis International who funded the 30 delegates from worldwide patient groups. 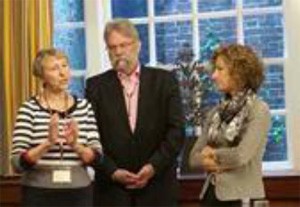 Claudette pictured with delegates from Germany and Italy

We are still being considered for inclusion in 2 phase 3 clinical trials for Stargardt Dystrophy for ABCA4 patients.

Are you or your affected child under 30 years of age and do you have a genetic result for your RD? If so please call or email the national office urgently. Patients with all forms of genetic retinal conditions will be considered for genetic testing.

Welcome back Mariza Jurgens from her 4 ½ years in Rome. She was elected as Vice Chair at the recent AGM. Makoko Makabulane was re-elected Chairman, Andrew Sibanyoni Treasurer and Thea Iding as Secretary.

We are very active with our main fundraiser event, Casual Day. The Retina Tea, arranged by our youth members, Amy Jooste and Ilona Swift, was very successful and enjoyable. Mariska von Wielligh and friends have nominated Retina SA NG as the beneficiary of their project and if you “like” Menlyn Park Shopping Centre on Facebook during September R10 will be donated to Retina SA.

Rickie Frans is the new admin manager at the national office. Siphiwe Sibisi has joined us as our social worker with the help of a grant from the Gauteng Department of Social Development. They are both available weekdays at 0860595959. 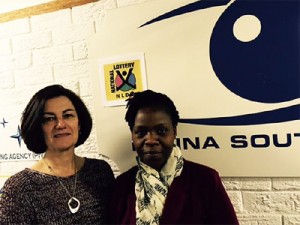 You can get free audio books from the South African Library for the Blind and free Daisy players (if available). Contact Helen Samuels on 0466227226 or helen.samuel@salb.org.za. You can also get audio books on cd from tape aids in durban at 0313094800 or libadmin@tapeaids.org.za. You can get more information about daisy audiobook players at sight seekershttp://www.sightseekers.co.za/DAISY_Players.html.

Remember that as a taxpayer with disabilities or disabled dependants, you can claim costs of your disability from SARS. (also applicable to SMMEs employing persons with disabilities). A Disability-related Tax Rebate Information Booklet is avialble from the National Council for the Blind at 012 452 3811.

THANK YOU BAUSCH AND LOMB FOR YOUR CONTINUED SUPPORT OF OUR WORK. 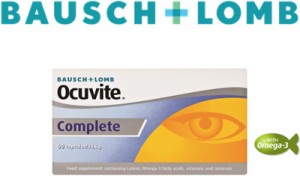